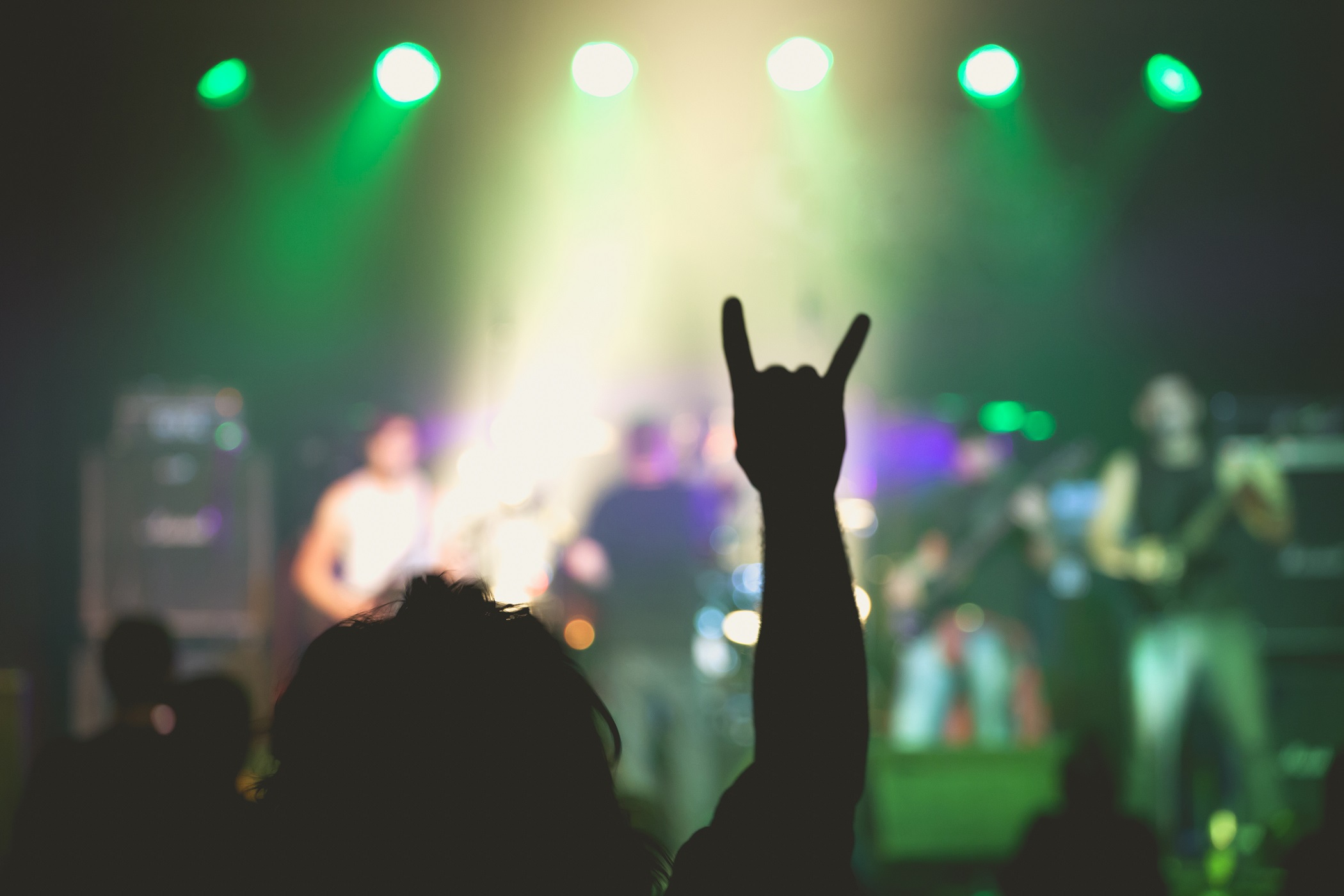 Founded in 1996, Snapper Music is a London based, independent music company. It controls a portfolio of record labels including its two frontline labels Kscope and Peaceville. Kscope specialises in Post Progressive music with artists such as Steven Wilson & Porcupine Tree and the band Anathema. Peaceville is a heavy metal label with such bands as Cradle of Filth and Darkthrone. The business is also supported by high-end deluxe box-set releases alongside a burgeoning back catalogue as well as holding the distribution rights of Charly Music, a record label specialising in reissued material. Snapper has been with Lubbock Fine since 2004 when Bryan Morrison, an artist manager, music publisher and polo player, acquired the company.

Q: How did you get into the music business?
FJ: My degree is in accounting, finance and law, as I’d planned to become a chartered
accountant. However I wasn’t able to secure a training contract (or articles as I think they
were called back then), so I started temping, doing accounting work to gain some experience and, through that, I landed various publishing company jobs. In 1997, I started working for Palan Music Publishing, owned by a large multimedia publishing company.

I was so naive that I thought the company was all about sheet music and despite that, I got the job! I think that the confidence I gained through the temping experience and having had lots of interviews, gave me the edge although when I think back, I probably interviewed them – with the confidence of youth, I was much more interested in what they could offer me than what I could do for them. Their big song was the Baywatch soundtrack “I’m always here”, which taught me all about the global revenue streams for music.

Q: So what happened with the chartered accountancy route?
FJ: Oh, I soon gave up on that but interestingly, all of my close university friends became
chartered accountants whilst I went onto the other side of the desk, working in the finance team within corporates.

Q: When was Snapper established?
FJ: Palan actually set up Snapper Music as a record company in 1996, and I moved over to Snapper in 1997. The founders of Snapper bought and licensed music catalogues, essentially a load of contracts and masters with the express intention of exploiting them commercially, down a number of different avenues. These days, the avenues have changed and increased, there’s iTunes, Spotify and similar platforms to consider. They’ll also want to see revenue from synchronisation so a film agency or supervisor might make an approach and ask to use the music in films or TV programmes and advertisements. A fee will be negotiated.

Q: That sounds profitable.
FJ: It’s less lucrative than it used to be. With digitisation it’s become easier for artists to put heir own records out and that’s created much more choice. We’re competing with managers who hink they’re a record company and bands who want to do it all themselves. The reality is we have to do much more to demonstrate how we’ll sell more records and market the artist to reach a wider audience, but the good news for us is we deal in collectable music and there are always fans of certain tracks or artists so the commercial world will still have to come to us for anything from our catalogue.

Q: Which films has Snapper’s music featured in?
FJ: Where should I start? One of the best known films we’ve been involved with was “Meet the Fockers”. In the scene where Robert DeNiro and Dustin Hoffman have a “Dad off” American football game, it’s our music playing in the background. There are countless others including Rocknrolla, The Full Monty, Four Christmases, Marley & Me, Factory Girl, Grey’s Anatomy and the list goes on. It’s great watching films and thinking, “Hey, that’s our music!” and seeing your name in the credits.

Q: The music business has clearly changed beyond recognition so where’s your current revenue stream coming from?
FJ: The growth of Vinyl and Digital has had a huge impact on our business and given that we own our rights (music catalogues) we’ve been able to really capitalise on both, as licensed-only holders miss out. The changes in the music retail landscape means they continue to struggle to decide what best to put on their shelves whilst the home shopper demand grows. So another area of growth for us is selling direct to the consumer.

Q: How has the business developed in the last 20 years since you’ve been involved?
FJ: Music catalogue acquisition has provided stability, cash generation and the foundation which we continue to build upon with new acquisitions almost every year. Speculative money still comes from signing new bands and putting out new albums with the hope that they sell tens of thousands of records. Some of these have been successful over the years but like other labels, we’ve had some that were more successful creatively! Early on we took the decision to drill down into what we did best so we now specialise in heavy metal – Katatonia, My Dying Bride etc., and we also specialise in Post Progressive rock elevating some of our artists to the top of those genres. With over 13,000 songs in our catalogue and physical releases from 300 artists we have quite a sizeable catalogue from varied genres including reggae, soul and blues.

Q: How did you acquire the major shareholding in Snapper Music?
FJ: Bryan Morrison, who was one of the music business great characters, bought the company in 2004 and then tragically, in 2006, he had a catastrophic riding accident and devastating head injury. He died a couple of years later. I took over running the company in 2005, which is when I re-focussed on mining areas where we’d historically had the most success, using past failures and successes to inform our commercial progression. That enabled a certain self-sufficiency and increased profitability. I was recently able to put a proposal for a management buy out to Bryan Morrison’s estate, the timing was right and it led to us agreeing the deal last May. Frankly, I think I was exhausted from my twenty-one years “try before you buy”! I’m now the majority shareholder and it’s quite an achievement as we’re one of the country’s top ten, truly independent record companies. It’s a great feeling and gives me a huge sense of pride. Not many people get the opportunity to do something like this but when opportunities arise, you need to recognise them and go for it.

Q: How has Lubbock Fine helped you over the years?
FJ: We definitely couldn’t have done it without Jeff Gitter by our side all this time. In particular, after Bryan’s accident, Jeff was appointed by the Court to act as his Deputy and during that period he became very involved in the company. Together with (Lubbock Fine partner) Andrew Noton, Jeff saw Snapper through all of our early loss making days. Actually, it was Lubbock Fine who helped us identify our huge loss making areas! They brought them to the company’s attention and that was one of the reasons I took over the management, so I couldn’t be more grateful. After having recently bought the company and then discovering it was losing money, Bryan Morrison asked me what needed to be done. I told him that he was paying for success but that the existing management wasn’t delivering. Bryan, the king of the instant decision, said: “okay, when the directors get back from holiday sack ‘em and let’s see what you can do” – which I did with as much dignity as you can. Thirteen years on, I’m still in touch with the original management.

Q: How do you see the future for Snapper Music?
FJ: Well, with the relationship we have with Lubbock Fine, I’m confident that we have the
right professional advisors in place. The firm has metamorphosed since the City Road days and it’s going from strength to strength. Their offices are great, really impressive but at heart, it’s still the same firm that cares about its clients. For Snapper, I think we’ll do things slightly differently. I’d envisaged carrying on as we were but once you have an owner’s mentality, it’s amazing how your vision changes. I’m thinking much more about future direction, costs, what are our objectives, what’s our strategy for achieving them? What is the future? What does it hold for us? I think more about those questions now and I’m excited and re-energised by my new position. My wife suggested that now I’m the
owner, I should work one day a week from home. My response was, are you joking? No! I want to go in at the weekends too now!