Jeff Gitter retires as a partner 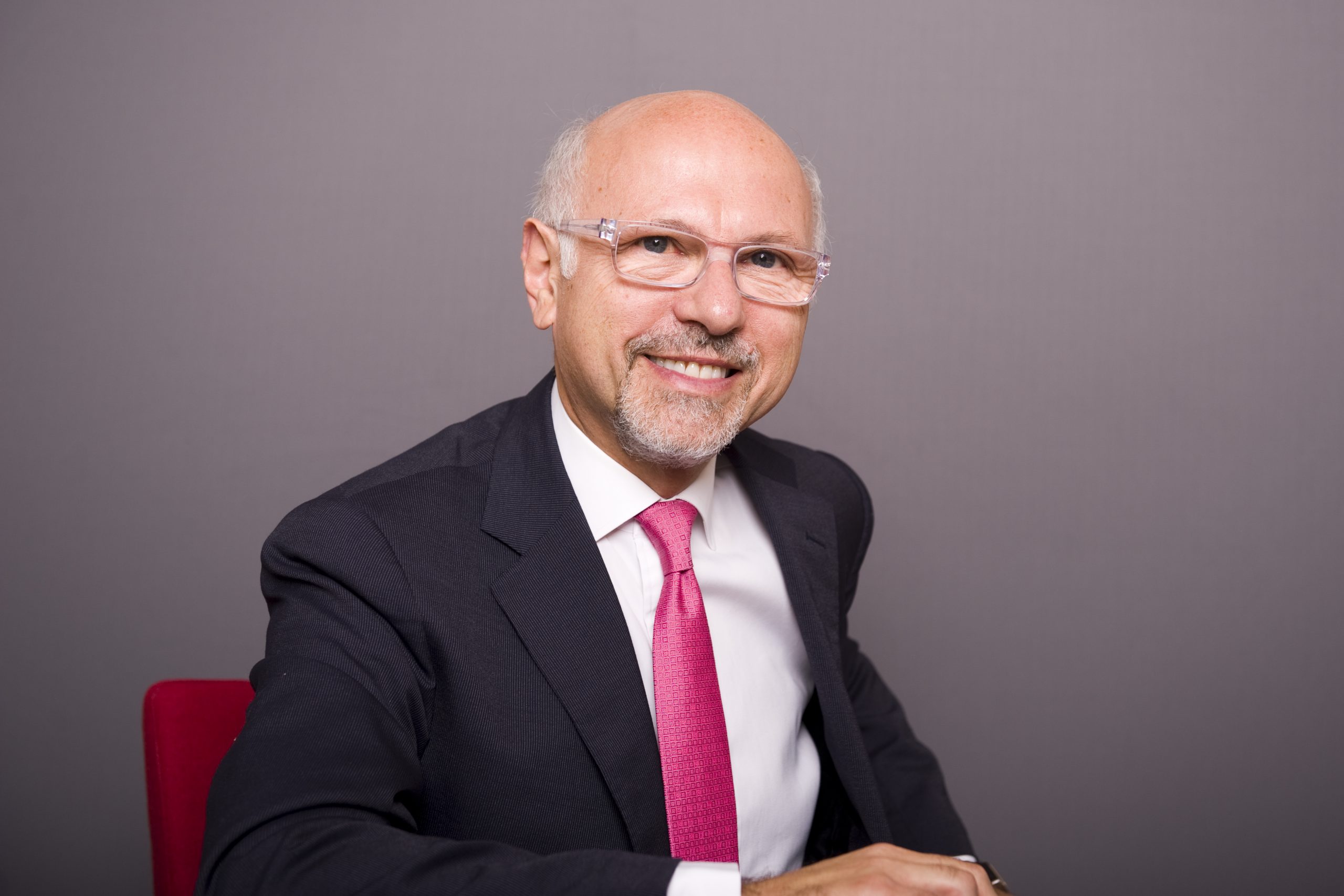 Senior partner, Jeff Gitter, retired as a partner on 30 November 2018. He’d been a partner for almost half of the firm’s entire existence and was the only one remaining who was admitted to the partnership when Philip Fine, the ‘Fine’ in Lubbock Fine, was still around. Fine Lines spoke to him and took a look back over a long and happy career with the firm.

FL: What first led you to accountancy?

JG: Well, back in the day, where I came from, parents were strong cheerleaders for careers in the professions and mine only gave me three options. They “suggested” I became an accountant, a lawyer or a doctor. Medicine was out of the question because to this day, I’m very squeamish. As maths had always been something I was very good at, it seemed to be something of a waste to do law as it wouldn’t have exploited the numerical leaning. Having graduated with a degree in business studies, I then had my pick of the best accountancy firms – aah, those were the days.

FL: What attracted you to Lubbock Fine?

JG: I trained at Coopers & Lybrand, sadly now merely the “C” in PwC. Once I had qualified, I didn’t think City life spent auditing public company financial statements was a good fit for me, so I began looking for firm where I could get more involved on the people side. I wanted more closeness to, and direct involvement with, clients.

Just after qualifying in 1975, I saw an advert in a newspaper (remember those?) placed by Lubbock Fine which was seeking someone to work across their considerable stable of musician clients. At that time, we acted for nearly 3,000 individuals which provided almost a third of the firm’s income. There were orchestras, jazz musicians, dance band players, session musicians, pop groups – we were the “go to” firm as far as the Musicians’ Union was concerned. Sadly, since that time, the number of working live musicians has considerably dwindled. Who goes to a dance with a live dance band these days?

My initial telephone interview with the late and much missed David Levy started with one question: “Tell me about yourself”.

“Well,” I replied, “I’ve just qualified and I’m with Coopers and Lybrand”. “Congratulations on both counts” said David, “… how much do you want?”

At the later formal interview when we discussed salary, I hesitantly asked for £4,500 (per year, not per month!) and after Mr Levy had stopped laughing, he said we’ve never paid a newly qualified more than £3,600. But after some haggling, we settled on £4,500. At the end of the interview, David offered to drive me home as it was on his way. So I came on the tube and left in a partner’s car. Hmmm, I thought, this is a firm I can work for. After rocketing to partnership in 1978, my starting salary rose to £11,000 although Phillip Fine declared at the time that he hoped that in the not too far distant future, no partner would earn less than £20,000 (that’s also per annum, not per month!) Riches beyond belief in 1978.

FL: What career achievement are you most proud of?

JG: Actually, there have been many but three come to mind, two of which involved me being in court!

The first was a dispute between two shareholders of a client company. It involved some pretty heavy litigation, between two fifty/fifty shareholders in one of my client companies, which ended up in the High Court where the judge declared that he preferred my evidence to that of my counterpart from one of the then “Big 8” firms. If I recall correctly, he said: “What Mr X lacks in competence, he made up for in confidence – I prefer Mr Gitter’s evidence”. Wow.

The first was a dispute between two shareholders of a client company. It involved some pretty heavy litigation, between two fifty/fifty shareholders in one of my client companies, which ended up in the High Court where the judge declared that he preferred my evidence to that of my counterpart from one of the then “Big 8” firms. If I recall correctly, he said: “What Mr X lacks in competence, he made up for in confidence – I prefer Mr Gitter’s evidence”. Wow.

The third is that in October 1986, The Sunday Times got so interested in our rock group clients and the relationship they have with their accountants, that their colour supplement devoted a full three pages to “Frankie Goes to Lubbock Fine” featuring David Levy, me and one of my former partners. You couldn’t have bought that publicity.

FL: Was there one professional person who influenced you above anyone else?

JG: Yes, and I’m welling up a bit as I recall the late Stanley Prashker. He was the managing partner, my mentor and a huge influence on my professional approach at the time I was becoming a partner. For many years, when in a meeting, and particularly in difficult meetings, I’d think to myself: now what would Stanley say or how would Stanley deal with this? There have of course been others who have influenced me, but he was an outstanding professional and very dear to me.

FL: What led you to specialise in music/ media business?

JG: I’ve always regarded myself as a general practitioner but I’m also a failed jazz musician. It was when my saxophone teacher asked me if I had anything to fall back on that I realised that I was never going to be a star! But with that background, I related well to people in the business and could live vicariously through those clients.

FL: What major changes have you seen during your time in the professional services sector?

JG: I would say that the all pervasive answer has to be technology and the speed of its advancement. The abacus and handwritten ledger were fast replaced by the calculator and then Excel. But the way we do business now, and the unbelievably broad range of services that accountants in private practice offer today, is unrecognisable from the basic audit, accountancy and tax services that dominated our work in my early years.

On the negative side, the compliance and regulations that we now necessarily must work with are far more onerous than in the past. That’s both good and bad. And I do miss “Mrs A” who used to wheel around the tea and biscuit trolley at 11am every morning, now cruelly substituted with vending machines!

FL: We’re in very uncertain political times. What do you think Lubbock Fine can do to “future proof” against all unexpected expected events?

JG: Yes. Well, the first thing to say is that one should always expect the unexpected. I think that Lubbock Fine is now well placed to continue its growth and success into the future, whatever that may be. The key is that the firm is agile and has the flexibility and durability to be both proactive and reactive whilst offering a huge variety of expert skills needed in today’s marketplace. We have unbelievably broad expertise within the firm, it really is quite exceptional and the firm wouldn’t be where it is today without our fantastic and outstanding team. All of this means that Lubbock Fine knows how to stay in tune (if you’ll excuse the pun) with developments in business and professional services and I have confidence in its continued ability to do that.

FL: Is there a single piece of career advice that you’ve been given along the way that’s been particularly motivating/helpful/pivotal?

JG: Do the work well. Do it on time – then invoice immediately and collect the fees without delay! Actually, that was something I 07 learned instinctively and fits the adage “do unto others as you would have them do unto you”. Alternatively, as Bob Dylan put it: “But if you do right to me baby, I’ll do right to you too. Ya got to do unto others like you’d have them, like you’d have them, do unto you.” So you could say that Bob Dylan gave me the best piece of career advice I’ve ever had – or was it the bible?

FL: How do you feel about retiring?

JG: The worst thing about retirement is, I think, going to be that I will certainly miss many of my clients and the relationships we’ve built over many years, and that’s not to mention the brilliant team we have at the firm. I think I’m quite looking forward to aspects of retirement although my wife doesn’t seem as keen on the idea as I am. She’s threatening to go out and get a full-time job once I’m full time at home.

FL: If you hadn’t been an accountant, what would your dream job have been?

JG: A jazz musician, but a successful one – and they’re few and far between.

FL: What are you going to do in your spare time?

JG: So many things, so little time. First, I want to assure my clients that I’m still continuing as a consultant for quite a while, I’m not leaving the country and they can still reach me if they need to. But, I’m going to do a lot more cooking – something I really enjoy. I’m also tempted to have a blow on the sax to see if I can still play. I’m a runner so I can do more of that as well as upping my gym attendance. I intend to do more travelling, see more films, go to more theatre and do a lot more reading – not just having to save that for holidays. I’m also looking forward to those “early bird pensioner special” deals at favourite restaurants! I can get our home really well organised – my wife’s looking forward to that too! However, as one of my clients advised – don’t watch daytime television in the morning or you’ll have nothing to do in the afternoon.