As Lubbock Fine turns 90, the firm’s partners reflect on their experiences. 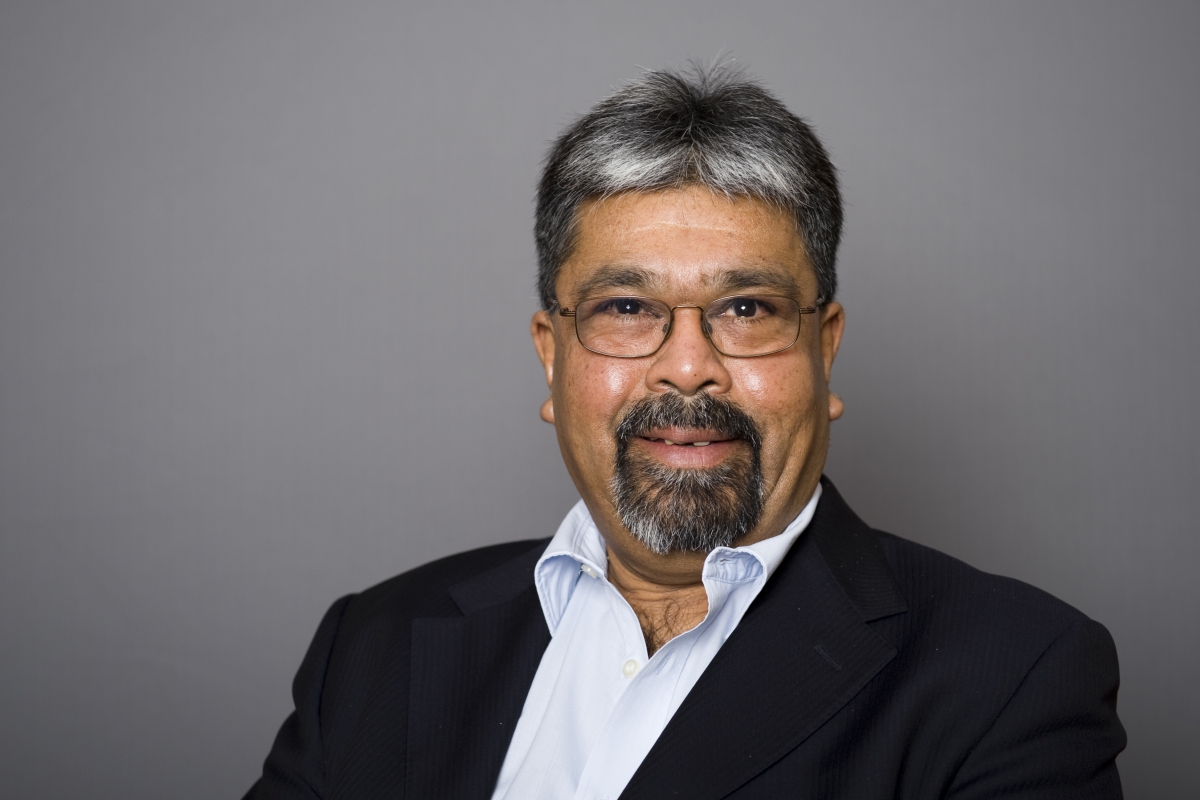 “Having qualified as a certified accountant with a smaller firm, I joined Lubbock Fine in June 1977 with a clear intent to move on and progress as part of a larger organisation. After a year at Lubbock Fine I was asked by the then managing partner, Philip Fine, what I wanted to do and I told him I would be moving on as, whilst I enjoyed the variety of the work, I didn’t think I could progress with the firm. The then senior partner, Stanley Prashker, convinced me that it would be possible to climb the ladder so I signed a training contract and qualified as a Chartered accountant in 1982, under the mentorship of Anthony Sober. I was admitted as the first Indian partner in 1985. Since then, the firm has grown significantly in size by fee income through our work for quality clients and the wide-ranging services we provide to them.

I have very much enjoyed my time at the firm and still enjoy what I do, serving our long-standing and very loyal clients, many of whom regard me as their trusted advisor, which makes my work so much more challenging and interesting.” 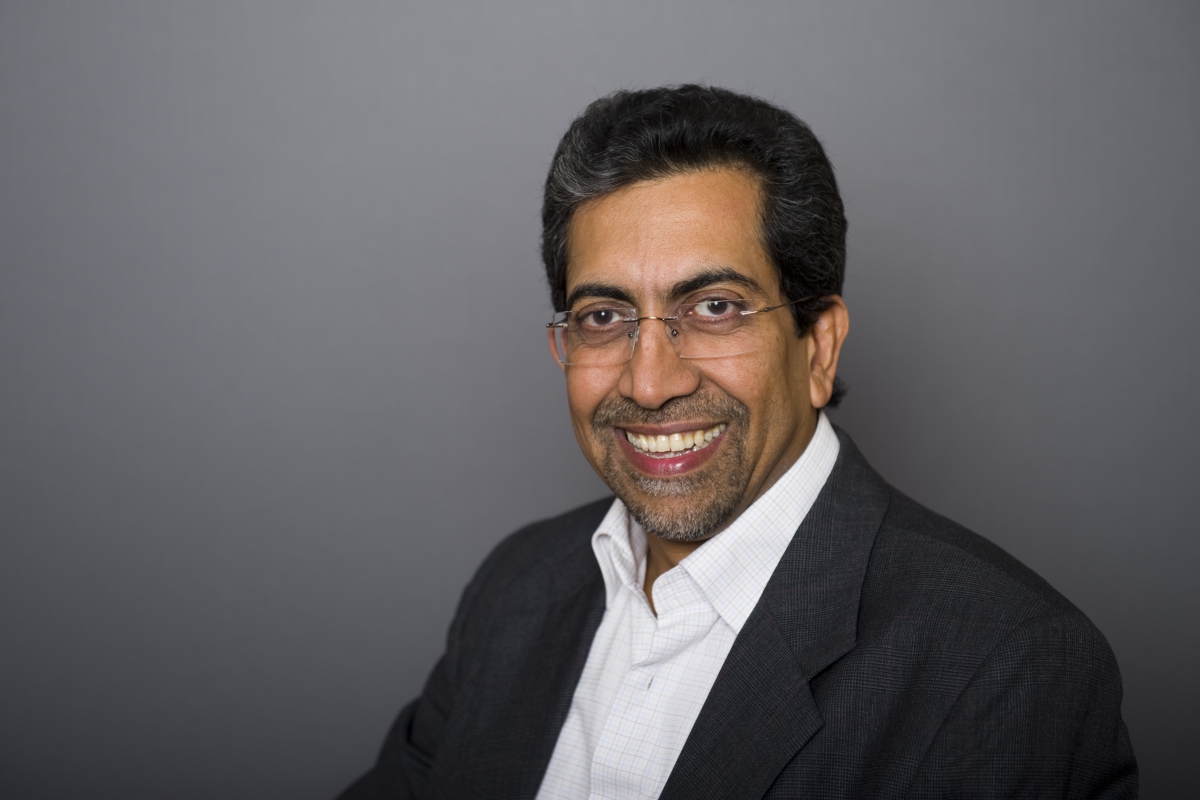 “As the longest serving member of the firm I am gratified that we have some very long-standing clients, some of whom are now third generation. It’s a remarkable testament and speaks volumes about my mentor, the late David Levy, who taught me the art of letter writing and negotiating skills. In the early days, we were run largely by two key partners. We’ve now modernised and are far more democratic! I was at Lubbock Fine when the UK first joined the European Community. Things have gone full circle and as we prepare for Brexit, with trade wars looming again, it’s a reminder that world events do erupt periodically which is why it’s critical for clients to have “trusted advisors” and for those advisors to work ever more closely with them.” 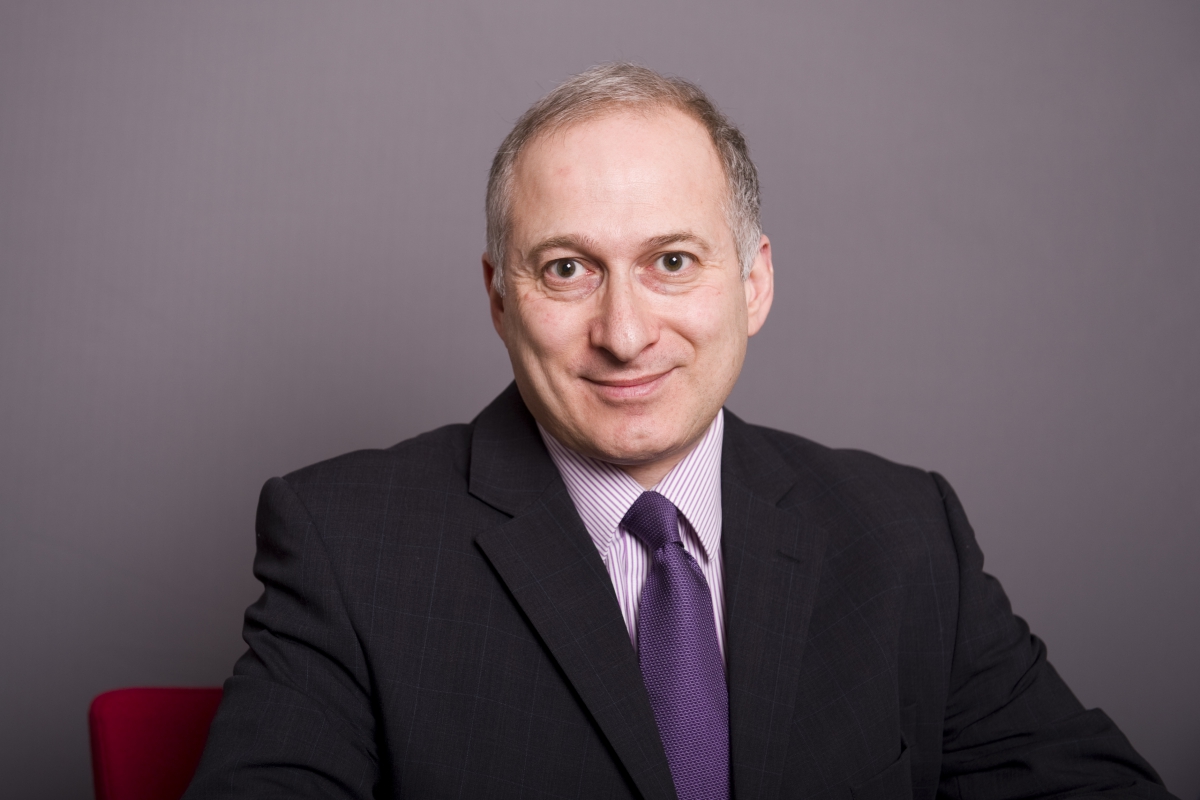 “Many years ago my father’s friend and neighbour, David Levy, was persuaded to offer me a training contract. After qualifying, the adventurous me wanted to take a year off to go skiing. Geoff Goodyear instead persuaded me to accept a secondment in Southern Germany from where I was able to regularly ski. As the first RBI exchange experiment, it set the tone for my whole career and I learned to speak German. During the 80s and 90s, buoyed by the Russell Bedford association, we attracted a significant number of clients with global connections and I developed an international expertise. Together with our French and Belgian colleagues, in 1996, we won a significant audit contract for the European Commission. The close relationship between our firms led to further major joint tenders and a general exchange of client work. I continue to find international work challenging and rewarding and these days, I also sit on the board of Russell Bedford International.” 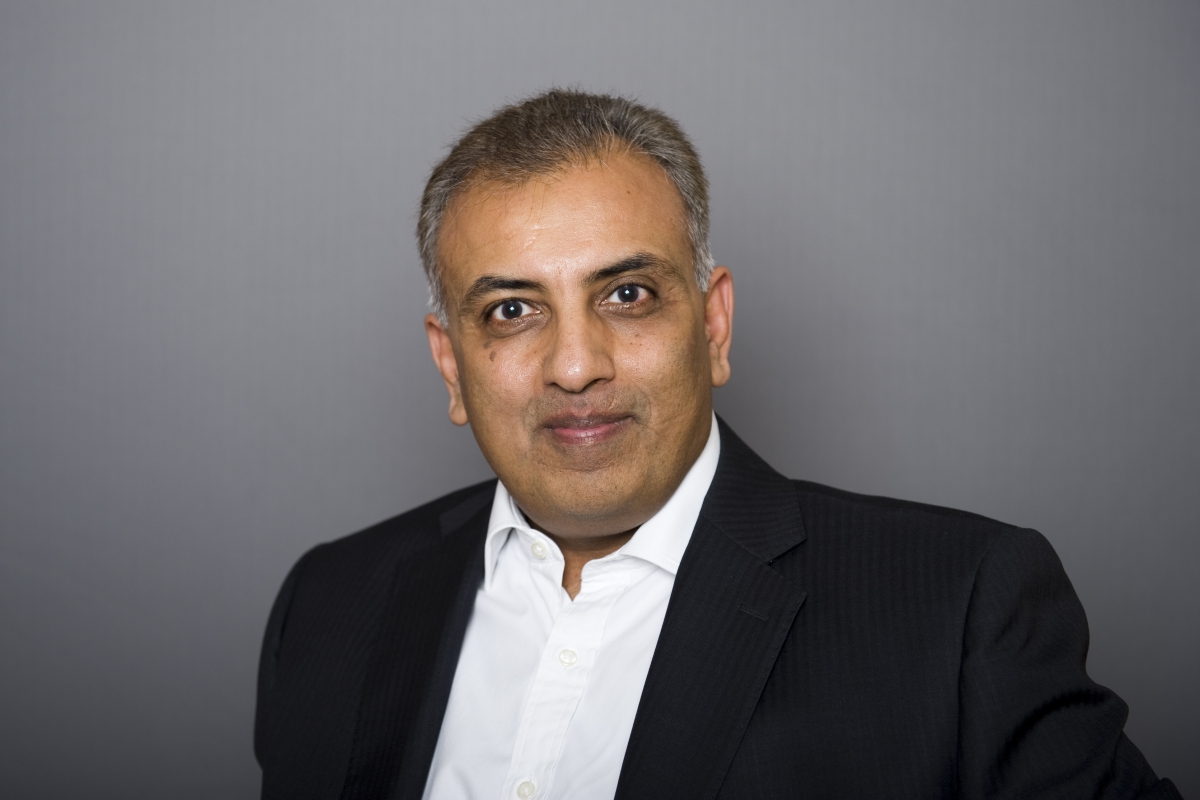 “When I joined LF in 1990 as a senior auditor, I expected to be involved in routine UK audits. Within two years, I was regularly travelling throughout Eastern Europe, and former CIS countries, undertaking audit, accountancy and consultancy work. In 1995 I was promoted and became a partner specialising in this work. Roll on to 2013 and, in conjunction with our French and German associates, competing against the Big-4 and other substantially larger firms, we were successful in securing one of the largest EU Framework audit contracts. This is a testament to flair of partners, Geoff Goodyear, Martin Levey and Laurence Newman who used traditional skills to exploit new, and particularly international, markets. They also had the foresight to promote young managers to partner!” 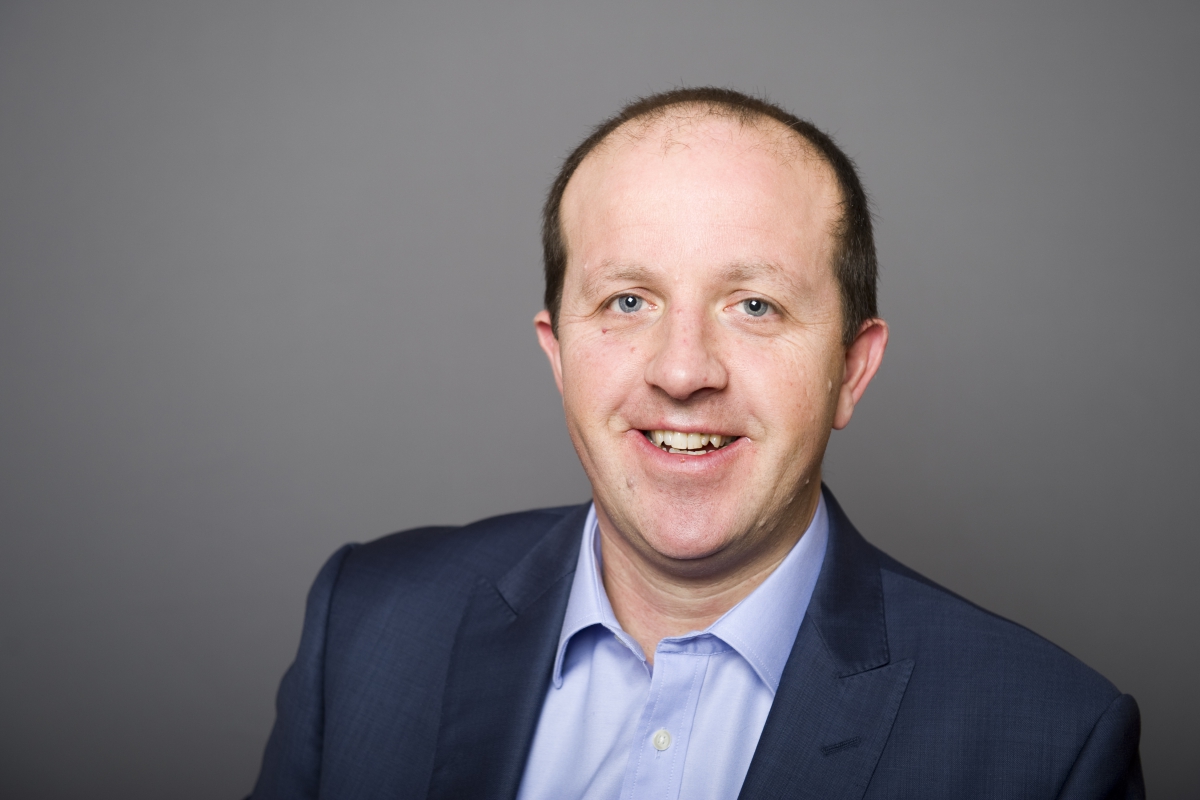 “I joined Lubbock Fine at age 29. I thought I knew everything there was to know. That first week, we had a networking seminar given by an outside consultant. I then understood that I was charged with doing business development and networking which I’d never previously been expected to do. Those first few years were a steep learning curve and now, with the benefit of experience, I know exactly what I don’t know which is why it’s critical to have a fantastic team of people behind you who respond to responsibility. We now have a great blend of youth and experience, dedicated staff and exceptionally loyal clients. Most recently, our move to St Paul’s has enabled further growth and given us the means to attract the best staff and increasingly sophisticated clients.” 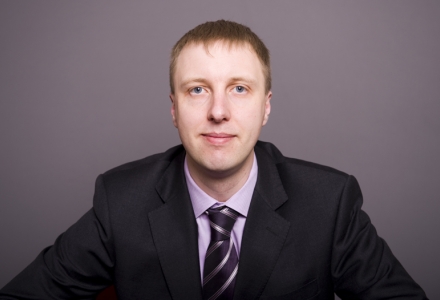 “Having joined LF as a trainee straight from university in 1997, I became a partner in 2006. So, I have experienced the firm at varying levels. Whilst there have been changes to the team, clients, service offering and most certainly the working practices, for me, the constants have been the challenging work, interesting clients and a friendly and supportive culture. The longevity and growth of the firm reflects the hard work, commitment and quality of all involved.” 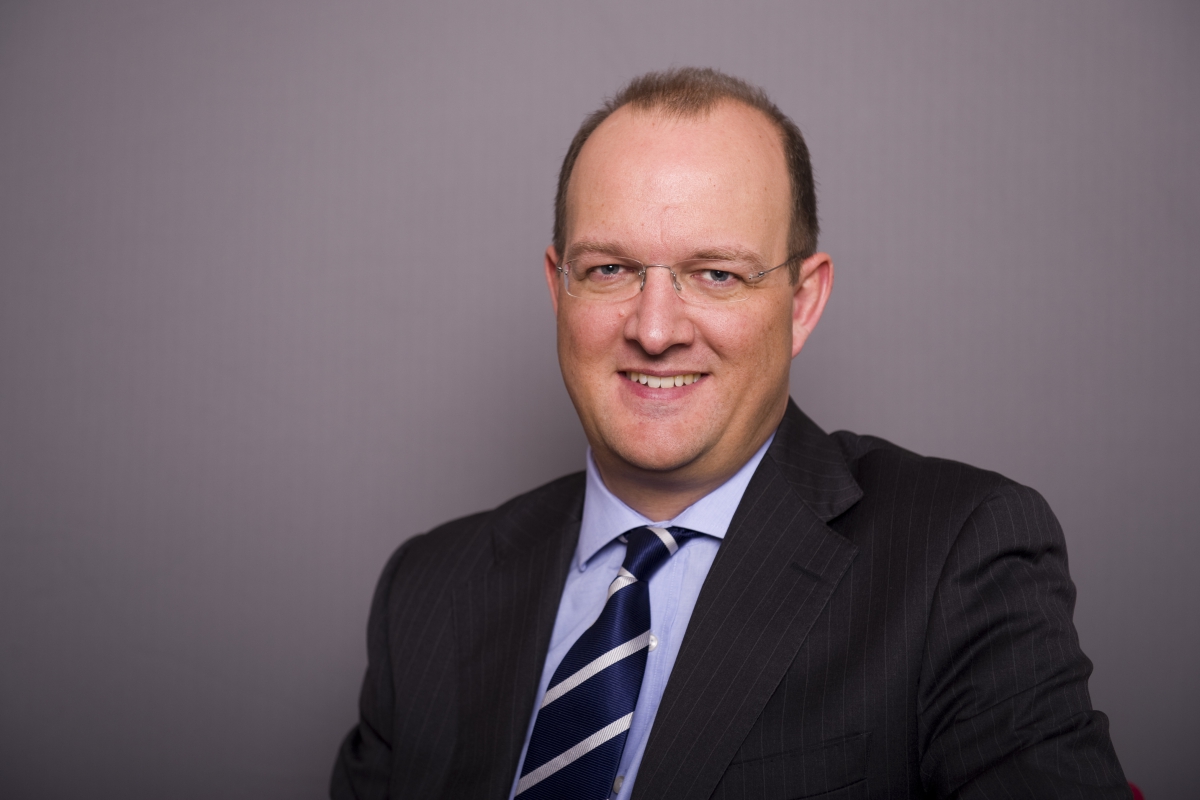 “Joining Lubbock Fine gave me immediate exposure to a range of international clients and clients with international aspirations. Coming from a provincial firm to London meant I had to up my game to give of my best in a leaner, meaner, big city operating environment. Of all the things I’ve learned during my career, it’s the importance of client relationships, through gaining a thorough understanding of their business and developing a passion for it to rival theirs, that has been the most important. Ours is a people business. We may have tax and accounts in front of us but it’s all about personal relationships. And as a firm, we’re nimble enough to embrace new opportunities as they arise and that’s what stands us in good stead for the future.” 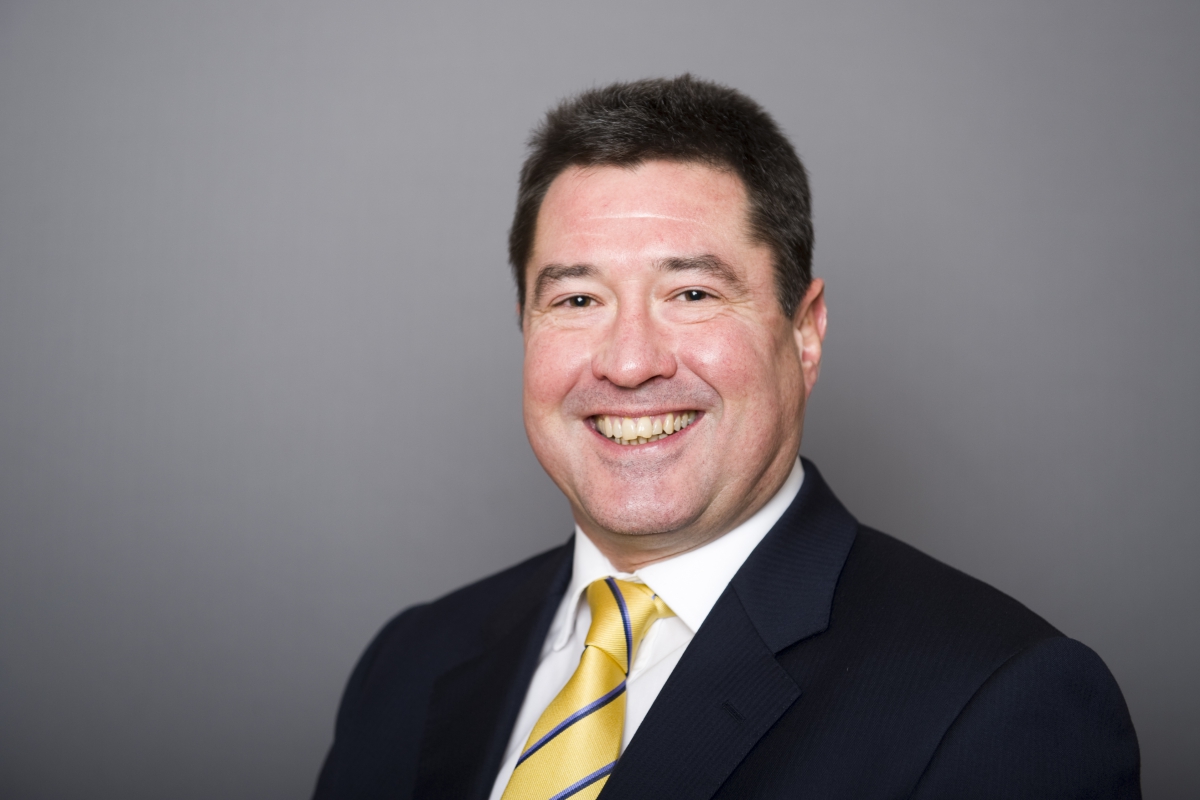 “In the twelve years since I became a partner, we’ve moved office, we’ve grown to around 120 people, technological advances have been staggering and we’ve definitely become far more “sector” focused, with increasing specialisms in many different areas. As an example, my work with funds and asset managers is something I’ve developed over the last few years as a result of my interest in this growth area. I’m confident in the firm’s flexibility, agility and professional curiosity into new and challenging areas in the future. We’re definitely well placed to maximise whatever challenges lie ahead.” 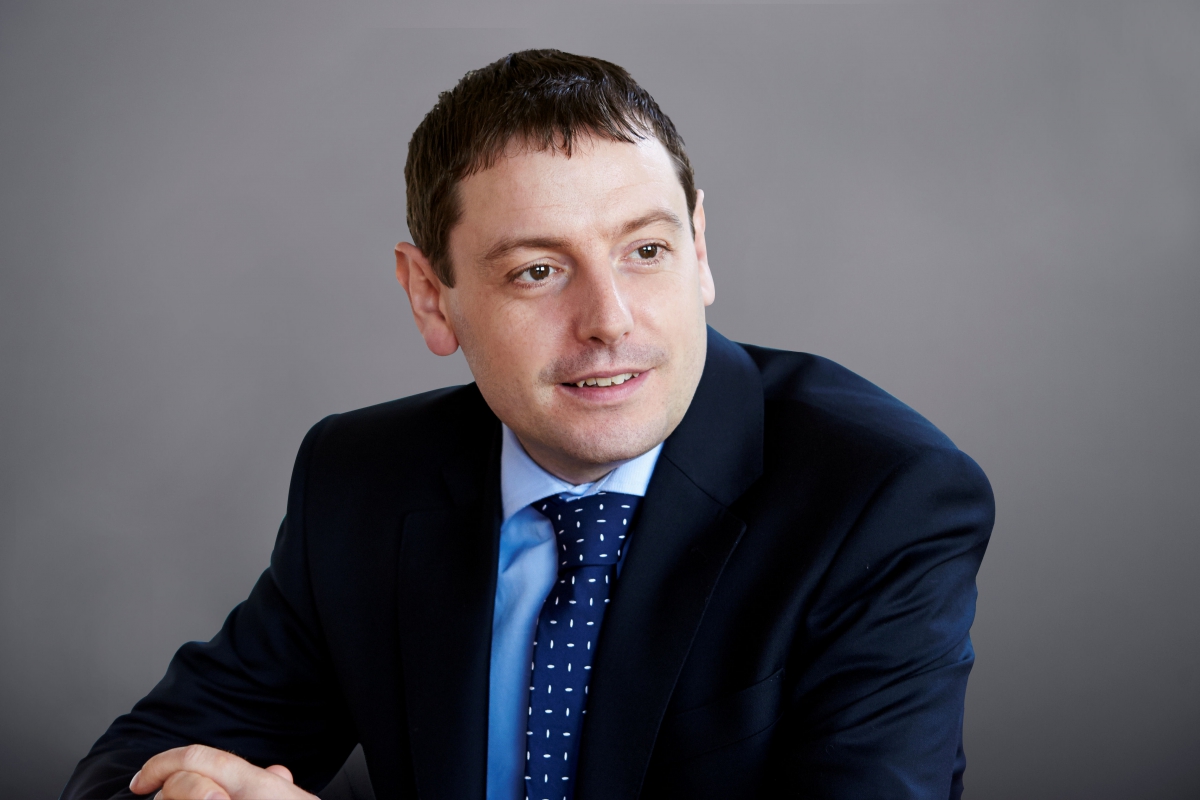 “I joined Lubbock Fine, through the graduate scheme, in 2000. Back then you would have to ensure you were in the building early to get hold of a computer. Faxes were still used to contact clients and mobile phones were only just about common place. The development
in technology over the last 20 years has been phenomenal with our focus on ensuring Lubbock Fine utilises and advises clients on the use of the latest cloud accounting software.” 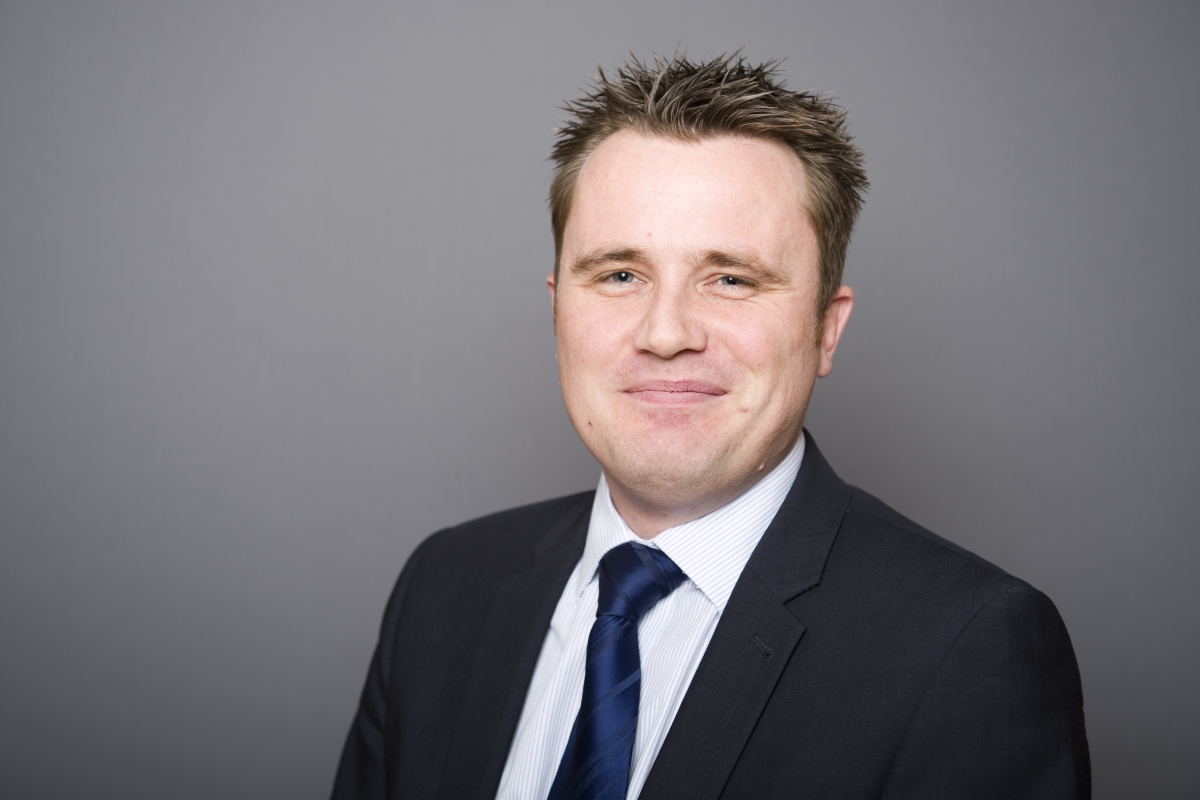 “Springing immediately to mind is the massive development in IT and the freedom it provides for us to spend more time understanding our clients, their business and associated risks. In the space of 20 years, we’ve also gone from the DOS packages and manual accounts to artificial intelligence now offered in basic Cloud Accounting Packages for as little as £20 per month. It certainly means that accountants are far from being the bean counters of old these days! Whilst the increased level of compliance can be quite a burden now, the thought and planning going into audits today really focuses us on the risks of a client’s business rather than us having to substantively test everything. And I’d like to declare that I was the first non-graduate in the firm to become chartered by studying and training ‘on the job’. I’m really pleased that the firm now has a policy of offering this opening to school leavers which must mean they were pleased with the way their first recruit responded to the opportunity!” 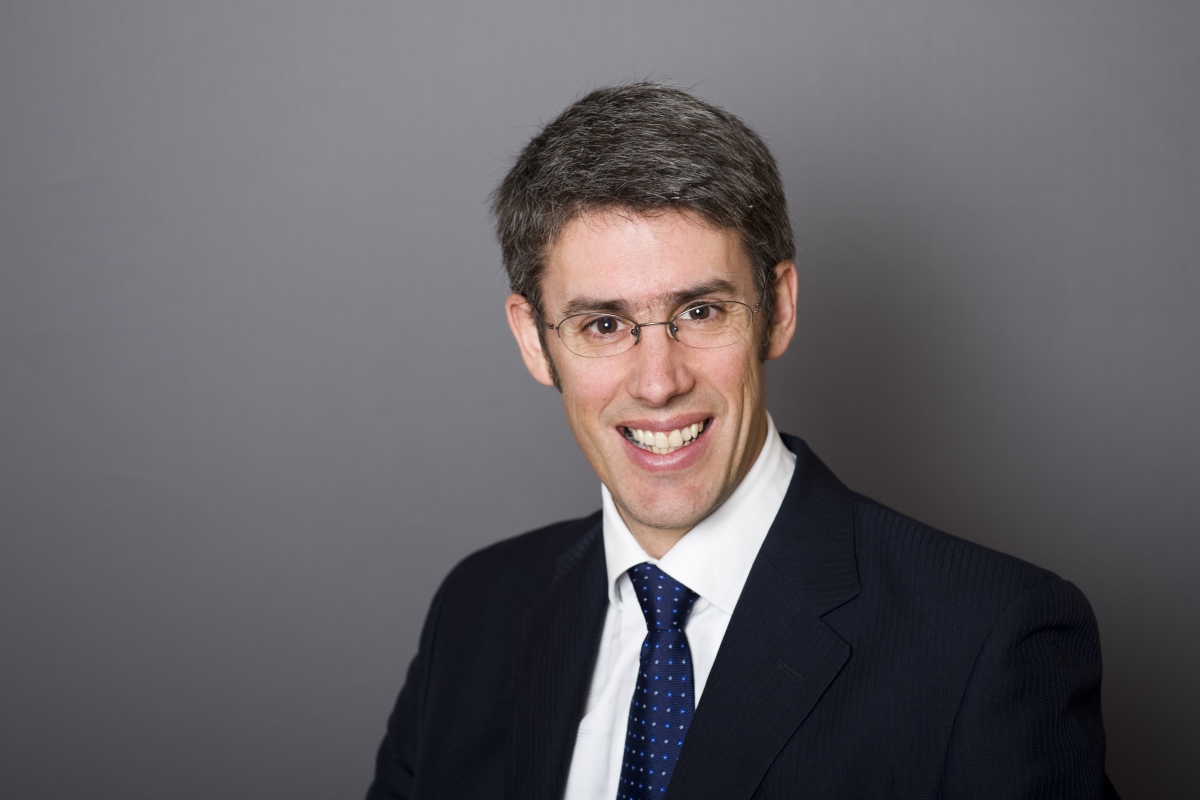 “During my first six months with Lubbock Fine, I was probably involved in more  interesting and varied projects than in my previous six years at another firm. That spoke volumes to me, both about the quality of our clients and also about the management of our firm and the focus on teamwork which ensure a high level of service delivery. We have a very supportive culture and this has only improved further over the years. If you do the work well, your efforts will be recognised and rewarded.” 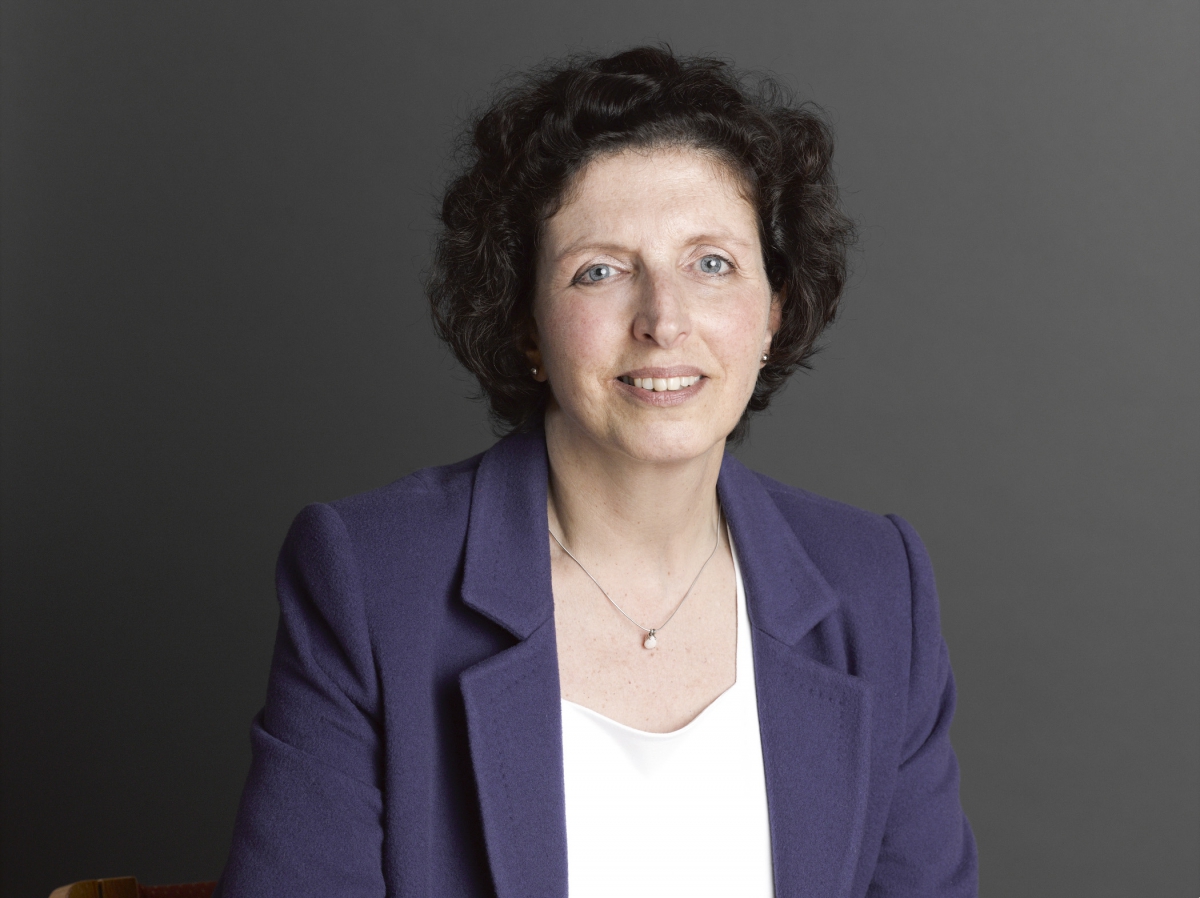 “The firm’s move to St Paul’s has been a major factor in changing the vibe at LF; team communication is easier on a single floor of a modern building and being so central has brought us much closer to many of our clients. When so much of our job is about relationships that’s a really positive change.

The tax team has grown and matured during my six years at Lubbock Fine. We now provide comprehensive advice across the whole range of UK tax issues and we’re well placed to deal with the many challenges ahead.”